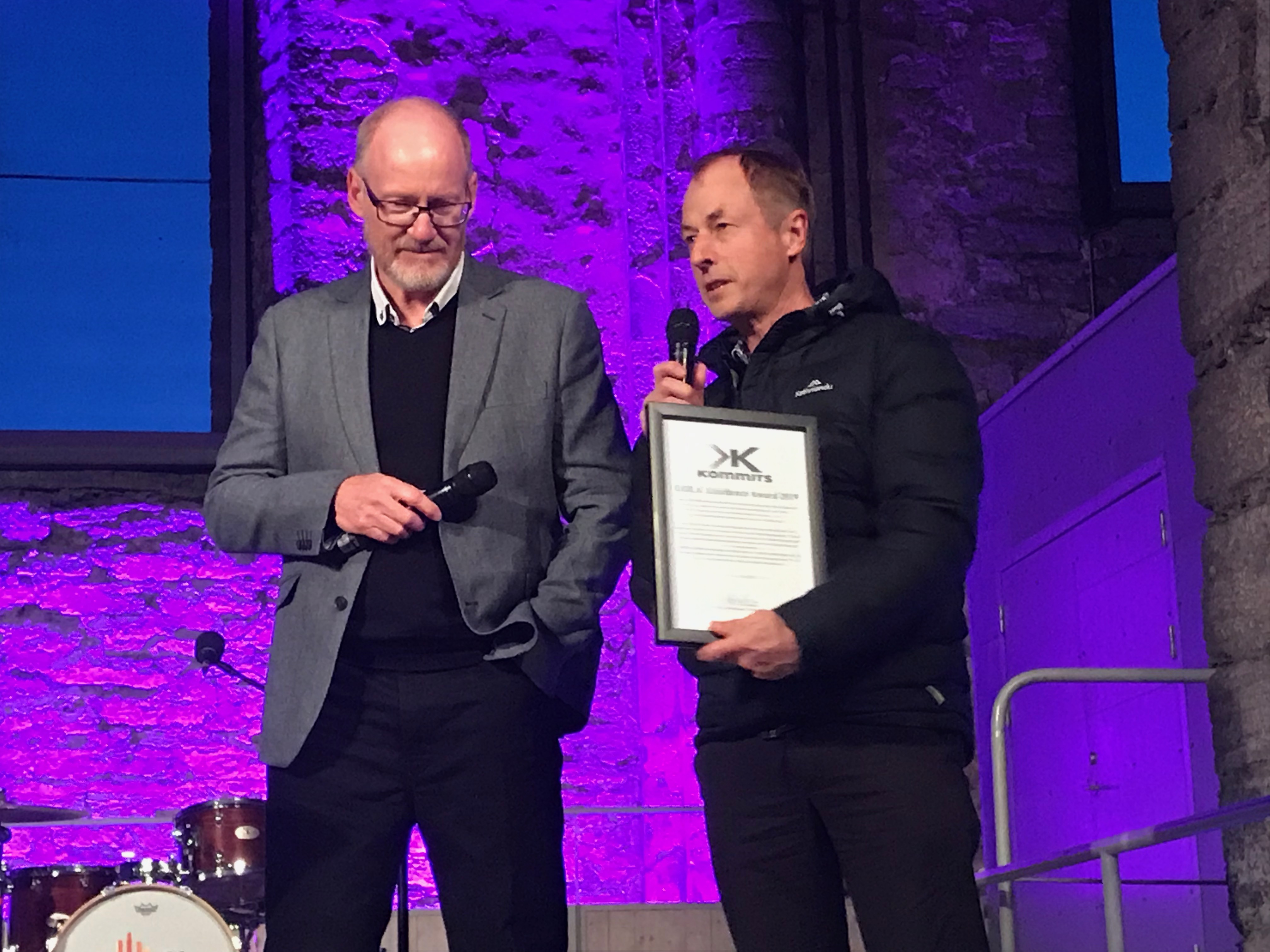 Simpli has been recognised internationally for it's innovative concept of supporting collaboration and standardisation across councils.

Simpli's entry into the LOLA (Linked Organisations of Local Authorities) International awards resulted from the initiative winning the ALGIM Innovation award in 2017 .

President of ALGIM, Billy Michels and Chief Executive of ALGIM, Mike Manson attended the Awards in Sweden and collected the award.

Mike Manson said “we were incredibly proud to have accepted the award on behalf of Simpli and it really shone the spotlight on NZ innovation and collaboration”.

The award is a testament not only to Simpli but everyone involved: the councils who have believed in collaboration from the start, those who have come onboard over the last few years and those who will be part of Simpli in the very near future.

Well done everyone and congratulations on receiving international recognition for what really is a no-brainer.